Autism Spectrum Disorder (ASD) is a complex disorder of very early brain development that is approximately four times more common in boys than girls. Different children can be affected in very different ways, ranging from mild to severe.  It is a condition that affects how a person thinks, feels, interacts with others, and experiences their environment.  Many children may have unusual sensory responses, and may shy away from bright lights or may not notice if their clothes are rough and twisted.  It is a lifelong disability that starts when a person is born and stays with them into old age.

Both genes and environmental influences are important, and there is also evidence that the autistic brain is wired differently.

Autism can sometimes run in families, indicating that genetics plays a key role in the disorder. Early research into the genetics of autism began with studies of twins, both identical and non-identical. Scientists studied the concordance of autism in these sets of twins – the percentage chance that if one twin had autism, the other would too. They found a significantly higher concordance in identical twins, who have largely identical DNA, suggesting that autism has a genetic basis.

As with genetics, no single environmental factor definitively causes autism. Instead, a range of environmental influences seems to exist. A lack of Vitamin D is just one risk factor, but it can also interact with other environmental variables.  Another environmental risk is viral or bacterial infection of the pregnant mother during the first trimester.  After many thorough studies, vaccines have not been found to be a cause of Autism.

Diagnosis for Autism is a two-step process: 1) screening, and 2) a comprehensive diagnostic evaluation. A properly conducted screening will determine if a more thorough evaluation for autism is necessary. It will also help identify or rule out any other problems or conditions that may be present, and serves as the necessary first step toward helping your child receive the appropriate treatment. Examples of specialists who conduct developmental screening include neurologists, child psychologists, neuropsychologists, psychiatrists, developmental pediatricians, and speech-language pathologists (SLP).

Autism is not a narrowly defined disorder. A person diagnosed with autism can be suffering from a variety of symptoms and affects. Due to the various specific types of autism, a single treatment method does not work for all victims. Treatment needs to be created and modified for each individual. Below are listed two of the methods used to treat autism.

Providers have found that many children with autism learn best in an environment that builds on their skills and interests while accommodating their special needs. Programs employing a developmental approach provide consistency and structure along with appropriate levels of stimulation.

When people are rewarded for a certain behavior, they are more likely to repeat or continue that behavior. Behavioral training approaches are based on this principle. When children with autism are rewarded each time they attempt or perform a new skill, they are likely to perform it more often. With enough practice, they eventually acquire the skill.

Children with autism may show repetitive patterns of behavior, interests or activities. These may include: 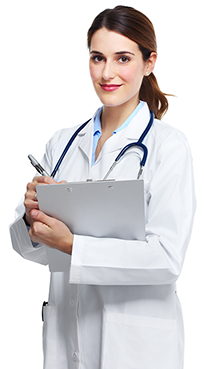